The Flowers of Evil: The Award-Winning Translation (Paperback) 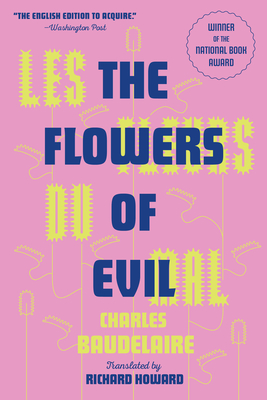 The Flowers of Evil: The Award-Winning Translation (Paperback)

The celebrated, National Book Award winning, translation of Baudelaire's masterpiece. "It is the English edition to acquire."--Washington Post

Pulitzer Prize winning poet and translator, Richard Howard, gives readers the true voice of Baudelaire in this masterful translation. Charles Baudelaire's 1857 masterwork was scandalous in its day for its portrayals of sex, same-sex love, death, the corrupting and oppressive power of the modern city and lost innocence, Les Fleurs Du Mal (The Flowers of Evil) remains powerful and relevant for our time. In "Spleen et id al," Baudelaire dramatizes the erotic cycle of ecstacy and anguish--of sexual and romantic love. "Tableaux Parisiens" condemns the crushing effects of urban planning on a city's soul and praises the city's anti-heroes including the deranged and derelict. "Le Vin" centers on the search for oblivion in drink and drugs. The many kinds of love that lie outside traditional morality is the focus of "Fleurs du Mal" while rebellion is at the heart of "R volte." "Howard's achievement is such that we can be confident that his Flowers of Evil will long stand as definitive, a superb guide to France's greatest poet."--The Nation