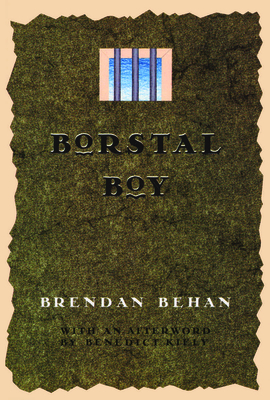 
Not On Our Shelves—Ships in 1-5 Days
novel of an Irish terrorist, a teenage volunteer in the IRA. A fanatical believer, Behan was arrested with explosives at the age of 17 and spent three years locked in a British juvenile borstal. There he begins to wonder, who's really the enemy? Borstal Boy is both a riveting self-portrait and a window into the problems, passions, and heartbreak of Ireland's past. It is also a record of a change of heart. Inside the borstal (reform school), Behan meets British Protestants who are there for reasons of their own. He begins to see that class creates more common ground than he ever believed while religion and nationality are much more superficial divisions between people than he'd ever been taught. Released, Behan returned to Ireland changed though still and a rebel--and became one of that country's most important dramatists with the plays The Quare Fellow, The Hostage, and Richard's Cork Leg. Celebrated for its dialogue and masterful characterization, Borstal Boy has endured as an important document of a time and an artist.