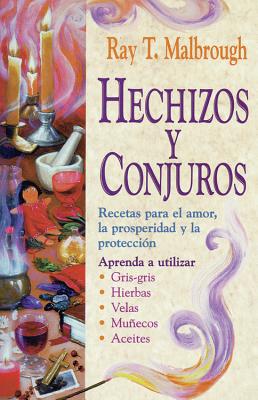 Counteract the effects of the evil eye, cleanse your new home of negative energies, increase your power of seduction, interpret your prophetic dreams. Get everything you want with spells. Through candles, herbs or whatever you have on hand, you will learn the practice of folk magic based on old European and African traditions.

Ray T. Malbrough was born in New Orleans and was raised in the Pays des Cajuns Region of southeastern Louisiana. He learned the basics of hoodoo in his early teens with the permission and encouragement of his mother. At age 19, he started working in a New Orleans tearoom as a reader/advisor, and has since earned a good reputation as a Hoodoo worker all over the region surrounding his hometown of Houma. He is a 1982 graduate of the Seax-Wica Seminary founded and directed by Dr. Raymond Buckland. The author is active in the parapsychology Association in Thibodeaux, Louisiana. Today, Ray is a full time reader/advisor and hoodoo worker in his home in Houma.