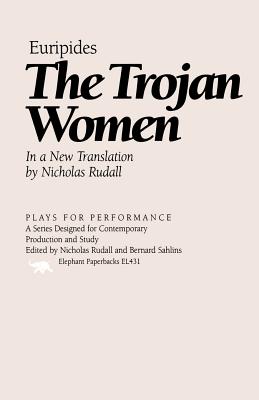 
Not On Our Shelves—Ships in 1-5 Days
As bleak and agonizing a portrait of war as ever to appear on stage, The Trojan Women is a masterpiece of pathos as well as a timeless and chilling indictment of war's brutality. The only justice in war, Euripides seems to say, is punitive and nihilistic. Nicholas Rudall's compelling new translation continues his acclaimed work in interpreting classical drama for today's audiences.
The Plays for Performance series is edited by Nicholas Rudall, former artistic director of the Court Theatre at the University of Chicago where he is professor of classics, and Bernard Sahlins, founder and director of the Second City. They both live in Chicago, Illinois.