The Moor's Last Stand: How Seven Centuries of Muslim Rule in Spain Came to an End (Hardcover) 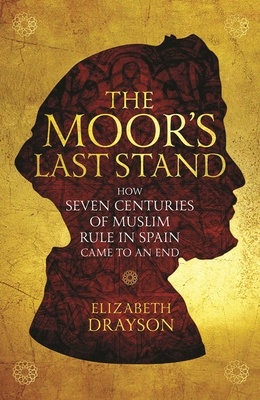 The Moor's Last Stand: How Seven Centuries of Muslim Rule in Spain Came to an End (Hardcover)


Special Order—Subject to Availability
The Moor's Last Stand presents the poignant story of Boabdil, the last Muslim king of Granada. Betrayed by his family and undermined by faction and internal conflict, Boabdil was defeated in 1492 by the forces of King Ferdinand and Queen Isabella of the newly united kingdoms of Castile and Aragon. The Christian victory marked the completion of the long Christian re-conquest of Spain and ended seven centuries in which Christians, Muslims, and Jews had, for the most part, lived peacefully and profitably together. Five centuries after his death, Boabdil continues to be a potent symbol of resistance to the forces of western Christendom, and his image endures in contemporary culture. Based on original research in the region by a leading historian of Granada, this book presents a vivid account of Boabdil's life and times and considers the impact of his defeat then and now.
Elizabeth Drayson is a member of the Department of Spanish and Portuguese at the University of Cambridge, and senior lecturer at Murray Edwards College and Peterhouse. Her books include The King and the Whore: King Roderick and La Cava (2007) and The Lead Books of Granada (2013).
"Few years are as pivotal as 1492 is for Spain. Christopher Columbus sailed to find a new route to India but landed in America, and Sultan Abu Abdallah Muhammad (known as Boabdil) surrendered to King Ferdinand and Queen Isabella, effectively ending seven centuries of Muslim rule in Spain. Drayson (University of Cambridge) explores the life and reign of Boabdil, starting with a background on the Nasrid Dynasty in Granada, then outlining what we know of Boabdil's early life, the factions and treachery within the Nasrid family, the court intrigues, his capture, Granada as a tributary state, then Boabdil's surrender and exile. Drayson also explores how Boabdil has been both romanticized and reviled in literature. The last chapter is more personal, persuading the readers to view Boabdil as a hero; Drayson compares his surrender to the Greeks' battle at Thermopylae and to General Custer's stand at Little Bighorn. Although the text does not include footnotes, additional references are described in an appendix. The book's strength is that it seeks to correct the record for a specific part of Moorish history. The Moor's Last Stand presents historical events in a compelling narrative and thus is well suited for the general reader."

One of the seminal events in both Spanish and Muslim history, the 1492 handover of Granada to Ferdinand and Isabella effectively ended seven hundred years of an Islamic kingdom in southern Spain. Less known is the story of the man who handed over the city, Boabdil (also known as Abu Abdallah Muhammad XI), and Elizabeth Drayson looks at the sultan's life in her well-crafted work The Moor's Last Stand. Though Boabdil ruled the last Moorish stronghold for only ten years, it was a truly eventful decade. His family dynamics are heavy on intrigue and betrayal, as Boabdil had to face off with his father, then his uncle, in a series of power struggles. Taken prisoner by the Spanish in a failed attempt to gain territory, he reclaimed the Alhambra only by besting his family rivals- and only after promising to have Granada pay tribute to Ferdinand and Isabella. At the same time, Catholic rulers were happy to let these fights play out, allying with one faction against another in a divide-and-conquer approach that Boabdil saw coming too late. His choice not to intervene in the Spanish conquest of Malaga- a condition he agreed to in exchange for his freedom- is shown to have isolated his own territory. And though he agreed to surrender Granada only after setting out elaborate terms, the Spanish crown carefully rewrote those terms to ensure the long-term loss of Muslim sovereignty in the south. Humbled and disgraced after turning over his city, Boabdil went into exile, and Drayson explores several possibilities for what happened to him after that point. Throughout the short and well-paced book, Drayson uses writings from the time and historical takes on the era to explain and understand Boabdil's ill-fated choices and the decline of Muslim rule. The sieges, conflicts, and intrigue are excitingly rendered, and The Moor's Last Stand manages to make a relatively overlooked historical character into a three-dimensional figure.