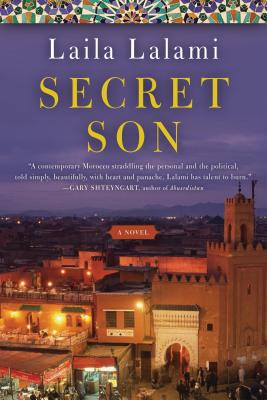 “Laila Lalami has written a wonderfully crafted novel -- set in the slums of Casablanca -- whose carefully wrought characters allow us to lift the veil of media headlines and to gain greater empathy and understanding of the competing protagonists in today's sundered world. Secret Son is an irresistible read.”
— Paul Yamazaki, City Lights Books, San Francisco, CA

Raised by his mother in a one-room house in the slums of Casablanca, Youssef El Mekki has always had big dreams of living another life in another world. Suddenly his dreams are within reach when he discovers that his father—whom he’d been led to believe was dead—is very much alive. A wealthy businessman, he seems eager to give his son a new start. Youssef leaves his mother behind to live a life of luxury, until a reversal of fortune sends him back to the streets and his childhood friends. Trapped once again by his class and painfully aware of the limitations of his prospects, he becomes easy prey for a fringe Islamic group.

In the spirit of The Inheritance of Loss and The Reluctant Fundamentalist, Laila Lalami’s debut novel looks at the struggle for identity, the need for love and family, and the desperation that grips ordinary lives in a world divided by class, politics, and religion.


Laila Lalami was born and raised in Morocco. Her work has appeared in the Los Angeles Times, the Nation, the New York Times, the Washington Post, and elsewhere. She is the recipient of a Fulbright fellowship and was short-listed for the Caine Prize for African Writing in 2006. She lives in Los Angeles.

A "powerful debut novel. . . .The culture and politics of contemporary Morocco are well displayed in this beautifully written tale, with the talented Lalami deftly portraying Youssef’s struggles for identity, work, and family. A brilliant story of alienation and desperation that easily transports readers to hot, dusty Casablanca; highly recommended."—Library Journal, starred review

"Gives us an insider’s view of the underlying turmoil of Morocco . . . A nuanced depiction of the roots of terrorism, written by someone who intimately knows one of the stratified societies where it grows." —The New York Times Book Review


"Lalami does an impressive job of concentrating on one young man's candide-like experiences among all sectors of a complicated society . . . She raises question after question—about privilege vs. poverty, Western commercialism vs. traditional ways, secularism vs. religion—without ever seeming to be doing more than telling a compelling story." —The Oregonian