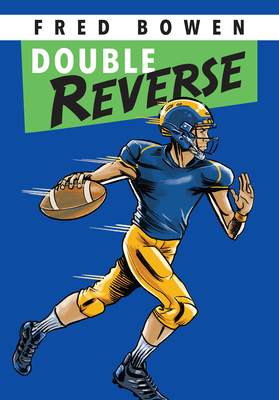 This is book number 19 in the Fred Bowen Sports Story Series series.

The Franklin High Panthers need a new quarterback. Freshman Jesse Wagner knows the plays, but he feels he is too small to be QB material. Jesse's brother Jay has a problem of his own: his college coach wants him to switch from quarterback to safety. The brothers agree on a deal: Jesse will try out for quarterback, and Jay will try playing safety. Meanwhile, Jesse and his teammates recruit an unlikely kicker for their team―a girl named Savannah who is a goalie from the girls' soccer team.
In the afterword, Bowen provides real stories of successful professional athletes, like Pro Football Hall of Famer Fran Tarkenton, who did not "look the part."
Fred Bowen was a Little Leaguer who loved to read and is still a lifelong sports fanatic. He is the author of the action-packed Fred Bowen Sports Story series, currently totaling more than twenty titles. For thirteen years, Bowen coached kids' baseball and basketball teams. He has also written a weekly sports column for kids in the Washington Post since 2000. He was a lawyer for many years before retiring to become a full-time children's book author.Bowen lives in Silver Spring, Maryland, with his wife Peggy Jackson. They have two grown children.
"This tale of confident persistence will ring true for all the kids who have been told they're too small or too female. . . . An apt choice to surprise a young football fan with the power of words." —Kirkus Reviews

"Filled with descriptions of the games, practices, and plays, the quick plot and likable characters will appeal to football fans. . . . [A] solid choice for struggling readers." —Booklist Online