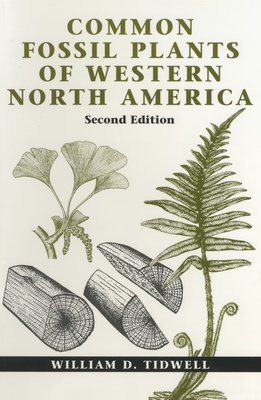 
Special Order—Subject to Availability
Illustrated with more than eight hundred drawings and photographs, this informative, hands-on guide will help amateur fossil collectors identify and assess the significance of their finds. Introductory chapters describe the types of plant preservation and outline the development of such groups as ferns, fern allies, and seed plants including cycads, ginkgos, conifers, and flowering plants. Generic accounts include brief characterizations; one or more line drawings; lists of formations in which the fossil plant occurs; and, in some, discussions of the ecological conditions under which the plant may have grown. Half of the listings describe fossil woods. A table of more than one hundred localities from British Columbia to northern New Mexico and from California as far east as South Dakota lists the period and epoch in which each site's fossils probably originated. Because fossil plants are found worldwide, the book can be used in many areas other than the western United States.

First published in 1975, this second edition has been completely revised and expanded to include more than 350 new or modified illustrations, an outline key, an amplified glossary, and discussion of seventy-nine additional genera of compressional and petrified material. For geologists, botanists, land managers, naturalists, and anyone interested in hunting and identifying fossil plants, this comprehensive guide is an indispensable reference.
William D. Tidwell is a professor of botany at Brigham Young University. He is the author or coauthor of ninety-three papers, ninety-one abstracts, and three books on fossil plants.