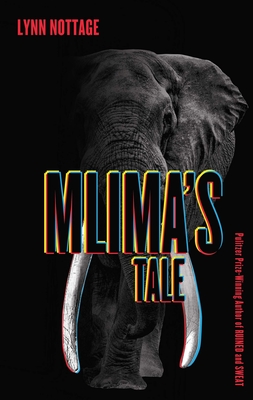 "A beautiful, endlessly echoing portrait of a murder and its afterlife. Ms. Nottage shaped this story with such theatrical inventiveness and discipline that it never feels sensational... A finely wrought fusion of elements." --Ben Brantley, New York Times

Continuing in her tradition of crafting thought-provoking, socially conscious dramas, Lynn Nottage's play tells the story of Mlima, an elephant struck down by poachers for his magnificent tusks. Beginning in a game park in Kenya, the play tracks the trajectory of Mlima's tusks through the ivory trade market while Mlima's ghost follows close behind--marking all those complicit in his barbaric death.

Lynn Nottage is the recipient of two Pulitzer Prize Awards for Drama for Sweat and Ruined. She is the first woman playwright to be honored twice. Her other plays include Clyde's; the book for the musical adaptation of The Secret Life of Bees; Intimate Apparel; By the Way, Meet Vera Stark; Fabulation, or the Re-Education of Undine; Crumbs from the Table of Joy; and Las Meninas.