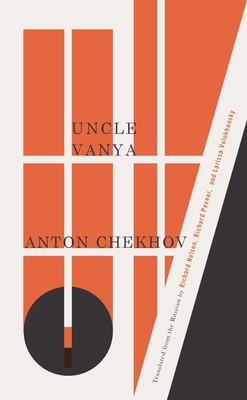 "Spectacular...This new Vanya has a conversational smoothness that removes the cobwebs sticking to those other translations that never let you forget that the play was written in 1897... One of the most exquisite renderings of Uncle Vanya I've encountered." --Charles McNulty, Los Angeles Times

As the sixth play in the TCG Classic Russian Drama Series, Richard Nelson and preeminent translators of Russian literature, Richard Pevear and Larissa Volokhonsky, continue their collaboration with Chekhov's most intimate play.

Other titles in this series include:

The Cherry Orchard by Anton Chekhov

The Inspector by Nikolai Gogol

Moli re, or The Cabal of Hypocrites and Don Quixote by Mikhail Bulgakov

A Month in the Country by Ivan Turgenev

The Seagull by Anton Chekhov

Richard Nelson's many plays include Illyria; The Gabriels: Election Year in the Life of One Family (Hungry, What Did You Expect?, Women of a Certain Age); The Apple Family: Scenes from Life in the Country (That Hopey Changey Thing, Sweet and Sad, Sorry, Regular Singing); Nikolai and the Others; Goodnight Children Everywhere (Olivier Award for Best Play); Franny's Way; Some Americans Abroad; Frank's Home; Two Shakespearean Actors; and James Joyce's The Dead (with Shaun Davey; Tony Award for Best Book of a Musical). Richard Pevear and Larissa Volokhonsky have translated the works of Leo Tolstoy, Fyodor Dostoevsky, Nikolai Gogol, Anton Chekhov, Boris Pasternak, and Mikhail Bulgakov. Their translations of The Brothers Karamazov and Anna Karenina won the PEN Translation Prize in 1991 and 2002, respectively. Pevear, a native of Boston, and Volokhonsky, of St. Petersburg, are married and live in France.