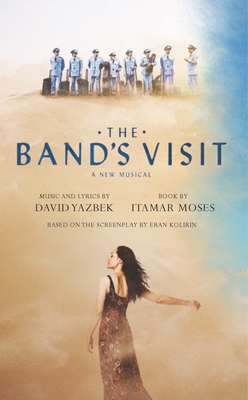 Winner of the 2018 Tony Award for Best Musical

After a mix-up at the border, Egypt's Alexandria Ceremonial Police Orchestra, bound for the cosmopolitan Israeli city Petah Tikvah, is stranded in a small desert town. With no transportation until the next day, the band is taken in by the locals. By morning, the lives of visitors and hosts are forever altered. Itamar Moses and David Yazbek's stunning musical adaptation of the 2007 acclaimed film finds transcendence in the surprising and tender relationships that are forged between strangers under the desert sky.

David Yazbek is a writer, composer and lyricist. Previous musicals includeThe Full Monty, Dirty Rotten Scoundrels and Women on the Verge of a Nervous Breakdown. A graduate of Brown University, he received an Emmy Award as part of the writing team on the Late Show with David Letterman. Itamar Moses 's plays include Outrage, Bach at Leipzig, Celebrity Row, The Four of Us, Yellowjackets and Completeness. Previous musicals includeNobody Loves You (with Gaby Alter) and Fortress of Solitude (with Michael Friedman). TV credits include TNT's Men of a Certain Age, HBO's Boardwalk Empire and WGN's Outsiders.