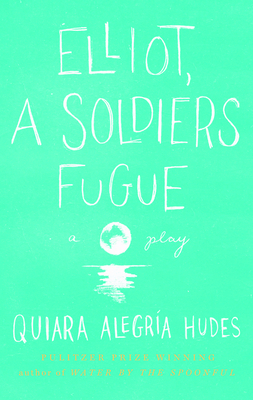 
Not On Our Shelves—Ships in 1-5 Days
"Elliot, A Soldier's Fugue is that rare and rewarding thing: a theater work that succeeds on every level while creating something new." -New York Times
"A lush and evocative tone poem about the way the landscape of the soul is transformed by war" -Atlanta Journal Constitution Back home in Philadelphia, Elliot Ortiz, a nineteen-year-old Marine, contemplates his return to Iraq for a second tour of duty after being seriously wounded. In this "simple, poignant and achingly evocative play" (TimeOut New York), three Ortiz family members recount years of service to their country in wars in Korea, Vietnam and Iraq, and the effects their service has had on the individual, the family and the community they live in. Melding a poetic dreamscape with a stream-of-consciousness narrative, Elliot, A Soldier's Fugue takes us on an unforgettable journey across time and generations. This Pulitzer Prize finalist is the first installment in Quiara Alegria Hudes' The Elliot Trilogy, which continues in Water By the Spoonful (Pulitzer Prize-winner) and concludes with The Happiest Song Plays Last. Quiara Alegr a Hudes is the author of the Pulitzer Prize-winning Water by the Spoonful, the Tony Award-winning musical In the Heights and the Pulitzer Prize finalist Elliot, A Soldier's Fugue. Her other works include Barrio Grrrl , a children's musical; 26 Miles; Yemaya's Belly and The Happiest Song Plays Last, the third piece in her acclaimed trilogy. Hudes is on the board of Philadelphia Young Playwrights, which produced her first play in the tenth grade. She now lives in New York with her husband and children.