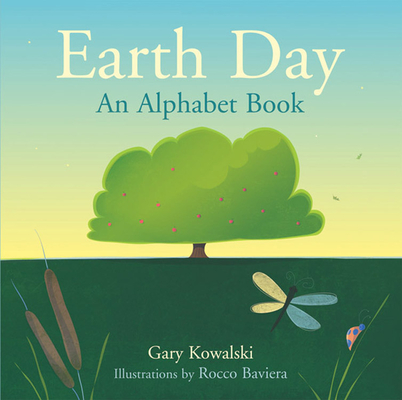 
Special Order—Subject to Availability
Children and adults will delight in Earth Day, a litany of gratitude that celebrates earth's diverse species, from apricots to groundhogs to junebugs, from quahogs to zinnias, zucchini and zebras with bright and whimsical illustrations. In alphabetical order, the wonders of nature arise from the page, reminding readers that every day is a reason to give thanks and that miracles are as simple as ABC.
Gary Kowalski is an activist for the ethical treatment of animals. He has written numerous books, including The Souls of Animals and Goodbye, Friend: Healing Wisdom for Anyone Who Has Ever Lost a Pet. Kowalski is a minister at the First Unitarian Universalist Society of Burlington, Vermont.
Rocco Baviera's work has appeared on everything from t-shirts to mouse pads, posters to children's books. His ?rst children's book, A Boy Called Slow: The True Story of Sitting Bull, was an American Library Association Notable Book, and his second children's book, Dream Weaver, was named one of the best books of the year by Child magazine.