Puerto Rico: An Interpretive History from Pre-Columbian Times to 1900 (Paperback) 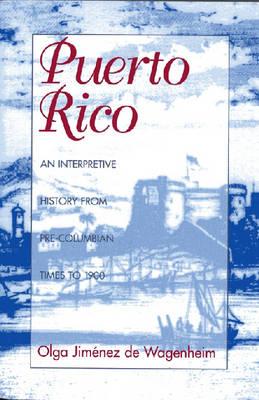 Puerto Rico: An Interpretive History from Pre-Columbian Times to 1900 (Paperback)


Not On Our Shelves—Ships in 1-5 Days
(This book cannot be returned.)
Because many of the documents and books about Puerto Rico have been written by the island's colonizers, only the victors were celebrated. With this in mind, the author has expressly composed this book from the viewpoint of the colonized, suppressed, and exploited. She challenges a previously-held notion that the Ta nos simply gave up at the first sight of the Spaniards, and shows that they not only fought the intruders, but continued to resist them for more than sixty years after the battle of Yag ecas. The author discusses the fate and contributions of Africans who, as slaves or as free persons, became instrumental in Puerto Rico's social and economic development and shows how this multi-cultural Caribbean island brings together the global traditions of the Americas, Africa, and Europe.