End of the Line (Paperback) 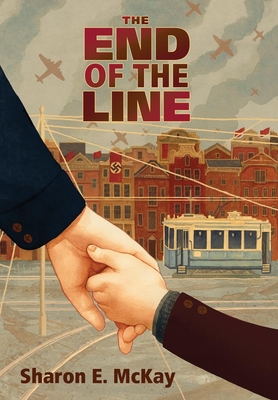 End of the Line (Paperback)


Special Order—Subject to Availability
Ordinary citizens risk everything to save a young Jewish girl in wartime Holland. This suspenseful novel vividly portrays the fear, uncertainty, and terror of the Nazi occupation in Holland. It is a story that reflects both the worst and best of humankind. A worthy addition to children's books about the Holocaust, The End of the Line will leave young readers to ponder how the most dreadful conditions can lead ordinary citizens to perform the most heroic acts. People like Lars, Hans, and Mrs. Vos, who risked their own lives to save Jews in wartime Europe, were later recognized and honored as "Righteous Gentiles.
Sharon E. McKay is the award-winning author of many books based on real events, including "War Brothers: The Graphic Novel" and "Thunder Over Kandahar." She was also named a Canadian War Artist and spent time in Afghanistan embedded with the Canadian troops. She lives in Prince Edward Island.