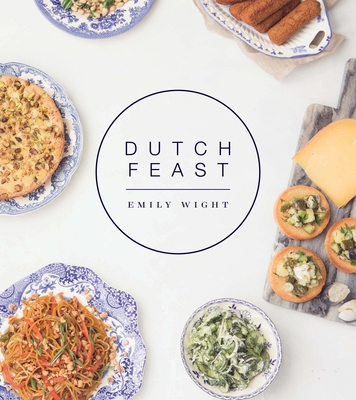 In the same way that British, Scandinavian, and German food have undergone a renaissance in recent years, writer and blogger Emily Wight is convinced that Dutch cuisine is going to be the next big thing. Her new cookbook reimagines traditional Dutch cooking, which has always been known for its thriftiness and practicality, with an emphasis on the ways that simple meals bring joy and comfort to the people who share them.

Influenced by its colonial history, with bold flavors from places like Indonesia and the West Indies, and by its proximity to its European neighbors, Dutch cooking is surprisingly diverse, noted for its celebration of the ritual of the meal as much as the meal itself. From gezellig to borrels, and gado gado to uitsmijter, Dutch Feast delivers unconventional (but familiar) and economical (but indulgent) recipes, and gives you a new excuse to invite everyone over for cold gin and a heaping rijsttafel, an elaborate (yet economical) dinner party with a little dish of something for everyone.

Touching on Dutch history and the back story of traditional ingredients (from licorice to herring to beer), these 120 recipes add charm and sophistication to a cuisine that is wholesome, economical, and stubbornly delicious.

Emily Wight came to love Dutch cuisine when she married into a Dutch family. She is the author of Well Fed, Flat Broke, based on her blog of the same name.

Emily Wight: Emily Wight came to love Dutch cuisine when she married into a Dutch family. She is a writer, blogger, and recipe developer whose work has appeared in numerous magazines, anthologies, and websites. Her first cookbook was Well Fed, Flat Broke: Recipes for Modest Budgets and Messy Kitchens, published by Arsenal Pulp Press in 2015. She blogs at wellfedflatbroke.com.