The Story of Abraham Lincoln (Board book) 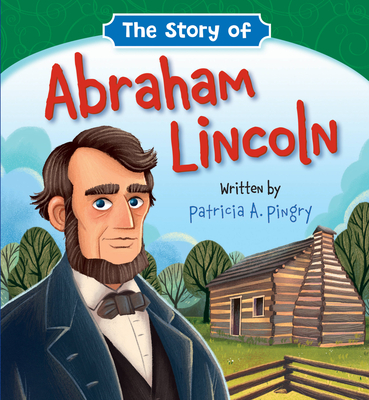 The Story of Abraham Lincoln (Board book)


Not On Our Shelves—Ships in 1-5 Days
Introduce little learners to Abraham Lincoln's childhood and presidency with this 200-word board book.

This little book introduces Abraham Lincoln, the sixteenth president of the United States. Simple, toddler-friendly text tells the story of his childhood, his rise to the presidency, and the part he played in the U.S. Civil War. Accompanied by vivid and engaging illustrations, The Story of Abraham Lincoln will help even the smallest children understand who Abraham Lincoln is, and why he is so important.
Patricia A. Pingry has written dozens of children's books and edited hundreds more. Among her best-known titles are the perennial bestsellers The Story of Christmas and The Story of Easter. Together these two titles have sold more than two million copies. Patricia lives in Nashville, Tennessee.

Jesús López was born in Madrid. From a very young age, he loved to draw, often copying superheroes from comics and inventing new characters. He studied cinema at a film academy in Madrid and made several short films. Since 2000, he has worked as a freelance illustrator for several European publishers. His great passions are drawing, cinema, and nature. He currently lives in a small town about 30 miles from Madrid with his wife and his daughter.