The ReProgramming Of Jeremy (Paperback) 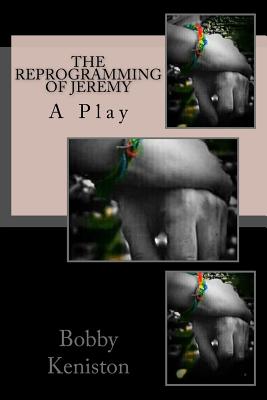 The ReProgramming Of Jeremy (Paperback)


Not On Our Shelves—Ships in 1-5 Days
(This book cannot be returned.)
Jeremy was always different. After months of bullying at school and being misunderstood by his parents at home, Jeremy is sent to a "straight camp," where he tragically ends his own life. Now, in order to move on, Jeremy tells the story of his life and death with the help of his family, friends, teachers, and religious advisers. This provocative and timely play by award-winning playwright Bobby Keniston, is not only a riveting piece of theater, but a valuable tool for facilitating discussions about bullying and tolerance in a high school setting. MOTION PICTURE COMING SOON.
Bobby Keniston has written over thirty plays for the youth and high school markets that have been produced all over the United States and in four different countries. His plays for adults have been featured in several festivals nationwide. A graduate of Bennington College, Bobby has worked as a theater teacher, director, playwright, and actor all over his home state of Maine. He is currently finishing his first YA novel, and eagerly awaiting the film release of The ReProgramming of Jeremy. If you would like to contact the author about producing this play, or for any other reason, you may email him at theater.is.a.sport@gmail.com.