The Windmill of Time: A Time Travel Memoir (Paperback) 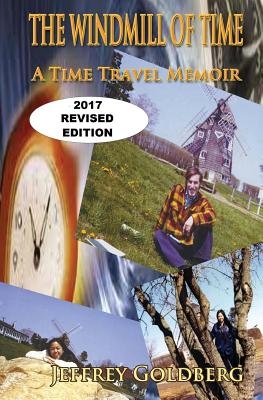 The Windmill of Time: A Time Travel Memoir (Paperback)

By Jeffrey a. Goldberg


Not On Our Shelves—Ships in 1-5 Days
(This book cannot be returned.)
What if you had the opportunity to return to the past in a universe with time travel? We all have regrets, what "might" have been, "could" have been, or "should" have been, things we wish we hadn't said or done and things we wish we had. The Windmill of Time is a time travel memoir based on the relationship of Jeffrey Goldberg and Laureen Shigeko Tanaka during 1970-1974 at Southampton College, LIU. In 2010, Jeffrey learns that his college sweetheart has died when he searched her name in Google. All the memories, emotions, guilt, and regrets for Laureen that he had repressed for the past 35 years suddenly come back to haunt him. It's 2043 and the government is sending the elderly back in time to reduce the drain on Social Security and Medicare. Ninety-two-year-old Jeffrey Goldberg embarks on a journey back to 1971 and his twenty-year-old body. Once united with his former self, Jeffrey has but one goal-alter his past and correct the mistakes that caused him to lose his first love, Laureen. But present and future collide as Jeffrey ignores warnings from the scientists in 2043 and attempts to change major historical events. Armed with his knowledge of the future, and his memories of the past, Jeffrey explores the paradoxes of time travel until he begins to question his very existence-and the authorities begin to question where he came by his information. If he tells them the truth, he'll probably be locked up in a mental institution, but if he doesn't come up with a reasonable explanation, he could go to jail. Either way, his hopes of reliving his life with Laureen will be dashed. The Windmill of Time begs the age-old question: can love really conquer time?