The Average Man's Guide To Success: How Anyone Can Get Rich (Paperback) 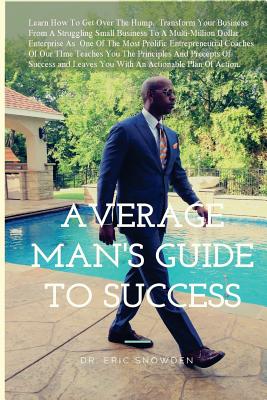 The Average Man's Guide To Success: How Anyone Can Get Rich (Paperback)


Not On Our Shelves—Ships in 1-5 Days
(This book cannot be returned.)
In this book by renowned entrepreneurship coach, Dr. Eric Snowden, you will learn the principles and strategies of entrepreneurship, success, and self empowerment. Every one has gifts and skills, that if properly utilized, can open the door to a life of success.
Dr. Eric Snowden grew up an unimpressive young man in Los Angeles. He under performed in school, and never completed anything that he started. He was removed from two schools, and was even forced to spend an extra two weeks in military basic training. He went on to become a successful entrepreneur, father, husband, and member of his community. Though he became known as the man with the golden touch, he was known for claiming "if I can do it so can you." He has dedicated his life to showing the average person how to turn around his or her life, just like Dr. Eric did.