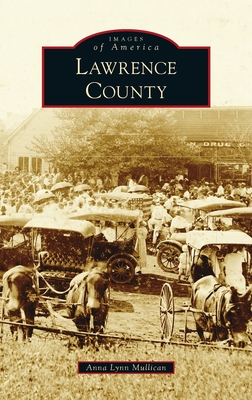 
Not On Our Shelves—Ships in 1-5 Days
Lawrence County was founded on February 6, 1818, the year before Alabama became a state, from lands ceded by the Cherokee and Chickasaw. It is a rural county bordered to the north by the Tennessee River and to the south by the waterfall-rich Bankhead National Forest and filled with small vibrant communities. Moulton, the county seat, features a picturesque square. Courtland, an antebellum town, was once a bustling railroad port. Featured topics include Southern architecture, leaving for war, the railroad boom, cotton agriculture, and industry. Notable individuals highlighted include Jesse Owens, Gen. Joseph Wheeler, and Annie Wheeler.