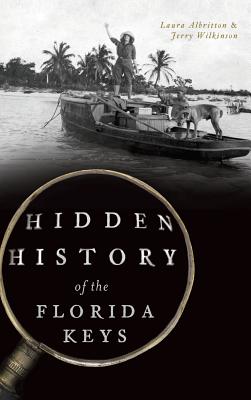 
Not On Our Shelves—Ships in 1-5 Days
(This book cannot be returned.)
The Florida Keys have witnessed all kinds of historical events, from the dramatic and the outrageous to the tragic and the comic. In the nineteenth century, uncompromising individuals fought duels and plotted political upsets. During the Civil War, a company of "Key West Avengers" escaped their Union-occupied city to join the Confederacy by sailing through the Bahamas. In the early twentieth century, black Bahamians founded a town of their own, while railway engineers went up against the U.S. Navy in a bid to complete the Overseas Railroad. When Prohibition came to the Keys, one defiant woman established a rumrunning empire that dominated South Florida. Join Laura Albritton and Jerry Wilkinson as they delve into tales of treasure hunters, developers, exotic dancers, determined preservationists and more from the colorful history of the Florida Keys.