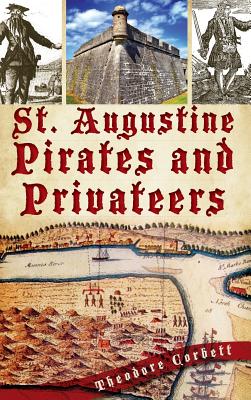 
Not On Our Shelves—Ships in 1-5 Days
(This book cannot be returned.)
Entrenched on Florida's Atlantic Coast since the sixteenth century, the Spanish presidio of St. Augustine was a prime target for piracy. For the colonial governors of Great Britain, France and Spain, privateering--and its rogue form, piracy--was a type of warfare used to enhance the limited resources of their colonies. While the citizens of St. Augustine were victims of this guerrilla war, they also struck back at their enemies using privateers such as Francisco Menendez, whose attacks on British ships strengthened his reputation and sustained the city. Historian Theodore Corbett recounts this dark and turbulent history, from the first sacking of the city by Francis Drake, through the pirate raids of the 1680s to the height of St. Augustine's privateering in the eighteenth century.