The Law of Karma: What is the Law of Cause and Effect and How Does It Work (Paperback) 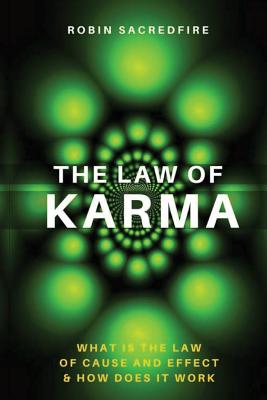 The Law of Karma: What is the Law of Cause and Effect and How Does It Work (Paperback)


Not On Our Shelves—Ships in 1-5 Days
(This book cannot be returned.)
The theme of reincarnation, the result of several controversies associated with the meaning of life, has its origin in different religious perspectives. And interestingly, many of these perspectives differ in historical and interpretative terms. Although the current Christianity, for example, defends, as a whole, the lack of reincarnation in an earthly plan, accepts the idea in terms of reincarnation in another astral plane, called paradise.After all, whatever the accepted perspective, none really denies reincarnation, but only transforms the way it is interpreted. To understand what it really means we have to observe the association of the purpose of life with the meaning of reincarnating.The process of reincarnation, even in subjects like heaven or hell, comprises an evolutionary process, the result of which is a compound of good or bad behaviors during a lifetime. But both the ancient Egyptian religion as Tibetan Buddhism in its initial state, defended the same position. In all cases, the deceased was judged by his deeds in life.The problem in the interpretation of this vision includes mainly the tendency to observe as being related to the fault. What, on the other hand, conditions us to analyze the perspective of responsibility for the act in a critical attitude and judgmental.Can we see something more than this, something more interesting and rewarding?If we look at life as a whole, we have no doubt that the answer is yes. A lifetime, from birth, was made up of thousands of decisions and every decision produced an effect, good or bad. And the external analysis of the conditions affecting the decisions is what allows us to consider the level of our consciousness, as well as the next steps of its evolution.Such analysis shall allow rethinking the variables that affect our behavior and learn from these. In fact, it wouldn't be fair to think of it otherwise, and prevent the continuous learning. For doing so, would lead us to consider that mercy is not possible in one lifetime, which is not true. Even though we may not be conscientious of it, there is always a way to reshape existence and begin to live better, based on our past mistakes and by which we obtain consciousness.This kind of attitude is essential to realize that we own responsibility for our entire existence, as well as events, expected and unexpected, taking place throughout it, and that are deeply associated with our attitudes and choices.