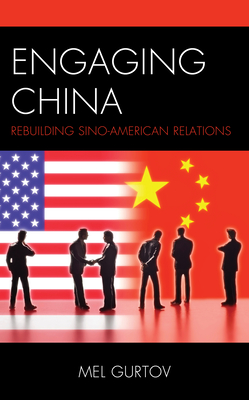 
Not On Our Shelves—Ships in 1-5 Days
In Engaging China, Gurtov identifies and details the many facets of China that worry critics. But he also argues for a strategy of coexistence that allows for economic and technological competition while managing frictions over issues so diverse as human rights and access to the South China Sea. This book is wide-ranging but compact; realistic but value-oriented; clearly argued but backed by extensive references to documents and scholarly literature--including writings by leading Chinese scholars who also seek a viable modus vivendi between the two great powers.
Mel Gurtov is Professor Emeritus of Political Science at Portland State University. He previously was on the staff of the RAND Corporation, where he was an author of the Pentagon Papers, and then began his teaching career at the University of California, Riverside. He has written 30 books on China, US foreign policy, and international affairs, most recently America in Retreat: Foreign Policy under Donald Trump and Engaging Adversaries: Peacemaking and Diplomacy in the Human Interest, both published by Rowman & Littlefield. Dr. Gurtov is a former Senior Fulbright Scholar and is Senior Editor of Asian Perspective, which he served as Editor-in-Chief for over 20 years. He blogs at https: //melgurtov.com, has a podcast, and broadcasts weekly foreign affairs commentary on radio stations in Portland and Florence, Oregon