The Fifa World Cup: A History of the Planet's Biggest Sporting Event (Hardcover) 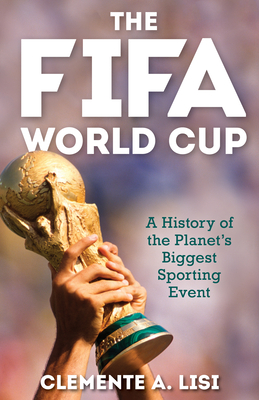 The Fifa World Cup: A History of the Planet's Biggest Sporting Event (Hardcover)

By Clemente A. Lisi


On Our Shelves Now at:
The first complete history of the FIFA World Cup with a preview of the 2022 event in Qatar. Every four years, the world's best national soccer teams compete for the FIFA World Cup. Billions of people tune in from around the world to experience the remarkable events unfolding live, both on and off the field. From Diego Maradona's first goal against England at the 1986 World Cup to Nelson Mandela's surprise appearance at the 2010 final in South Africa, these unforgettable World Cup moments have helped to create a global phenomenon. In The FIFA World Cup: A History of the Planet's Biggest Sporting Event, veteran soccer reporter Clemente A. Lisi chronicles the tournament from 1930 to today, including a preview of the 2022 World Cup in Qatar. Lisi provides vivid accounts of individual games, details the innovations that impacted the sport across the decades, and offers biographical sketches of greats such as Pel , Diego Maradona, and Lionel Messi. In addition, Lisi includes needed, objective coverage of off-field controversies such as the FIFA corruption case, making this book the only complete and impartial history of the tournament. Featuring personal interviews and behind-the-scenes stories from the author's many years attending and covering the World Cup, as well as stunning color photography, The FIFA World Cup is the definitive history of this global event.
Clemente A. Lisi is a journalism professor at The King's College in New York City. He has worked as a journalist and editor for more than two decades. In that time, he has been an editor at major metropolitan dailies such as the New York Post and the New York Daily News and served as senior editor at ABC News. He is the author of The U.S. Women's Soccer Team: An American Success Story, A History of the U.S. Men's National Soccer Team, and all editions of A History of the World Cup. He lives in Brooklyn, New York.