A World of Plants (Hardcover) 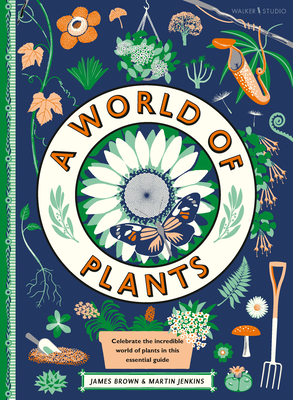 A World of Plants (Hardcover)


In Stock—Click for Locations
A conservation biologist and a printmaker team up for a fascinating, visually arresting guide to botanical history, biodiversity, and the rich inner lives of plants. A must-read for budding gardeners!

Covering more than twenty-five subjects, from photosynthesis and permaculture to the hidden world of Victorian plant hunters, this stylish illustrated guide is packed with scientific insight into the critical role plants play in the drama of life on Earth. Did you know that some plants steal while others defend themselves against attack? That the largest cacti can reach sixty-six feet tall and weigh more than a car? That there are meat-eating plants the size of footballs? Readers young and old will marvel at the wondrous diversity and adaptability of plants, from trees and tropical species to those that have evolved to master extreme conditions. A brisk narrative bursting with facts—all carefully organized with maps and charts in richly patterned vintage-style illustrations—make for a vivid guide to all that grows . . . and a beautiful gift book for anyone interested in the environment.
Martin Jenkins is a conservation biologist and the acclaimed author of many nonfiction books for children, including Grandma Elephant's in Charge, The Emperor's Egg, and Chameleons Are Cool. He lives in Cambridge, England.