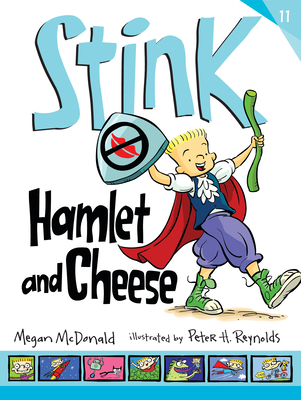 It’s spring break, and Stink is faced with a difficult choice: hang out at home with his sister, Judy, or become a Shakespeare Sprite with his friend Sophie of the Elves. Hanged be! When Sophie tells Stink that there will be swordplay and cursing at Shakespeare camp, his choice is made. But wait! How now? The eager young thespian hadn’t counted on Riley Rottenberger being a Sprite, too. And he positively had not counted on being the only boy! Fie upon’t!
Frequent illustrations by Peter H. Reynolds up the fun quotient, as do the occasional pages of Shakespearean quotes, insults, and coined words. Forsooth, methinks this chapter book is a winner!
—New York Journal of Books