The Son of God: Sex and Sacrament (Paperback) 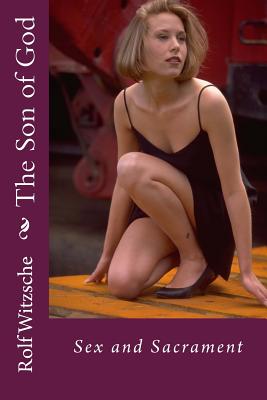 The Son of God: Sex and Sacrament (Paperback)

By Rolf A. F. Witzsche


Not On Our Shelves—Ships in 1-5 Days
(This book cannot be returned.)
The unity of the sexes, as a divine design, is a difficult subject in theology, but not so as a basic concept when one peels away superimposed fiction that complicates the issue. But one of the hardest concept in theology is the virgin birth concept that actually breaks the unity of God and man, as it is told in the gospels. It conjures up a super hero, the personal son of God, who by virtue of his special status is endowed which special powers, with which he illustrates to society divine capabilities that a common humanity lacks by its low state as underlings, and may at best grovel for, praying for special favors. What a trip Does this outcome qualify as an expression of divine Love? It makes a mockery of it, doesn't it? Fortunately, the gospels are but fiction themselves, to a large extend, written two centuries after the fact, so that in the wake of two centuries of persecution nothing survived in written documents that the gospels could be created from. None such documents are known to exist. Since the gospels are essentially historic fiction, except for aspects that were retained in the healing practice in Christianity supported by stories retold of what Jesus had said or might have said, one is justified in creating new historic fiction about the life and work of Jesus, based on the most leading-edge scientific perceptions that have been demonstrated in healing by the leading pioneers in the field. This opens the stage to challenge the doctrines of the virgin birth of the personal Sun of God. When one goes back to the basics, that humanity is one, because God is One, a completely different potential unfolds for a mother who is a virgin to bear a child that was conceived in an intense environment of universal love with a type of sexual dimension that eventually leads to the insemination of a woman without penetration, but along the line of established biological processes, extremely rare as this may be, so that a special miracle is not actually required for a virgin to conceive. If this had happened in Jesus' case, it would change the identity of the child born. It would render the child a human being born in a highly advanced environment of universal love, an environment that would match the nature and fullness of God's creation. Such a child would qualify for the term, son of God, the outcome of universal Love that defines God, reflected in love, evident in this case in the mother's sexual relationships. The alternate story of Jesus in this book, therefore begins with the case of the woman who becomes the mother of Jesus. For this reason, the story in this book is qualified for the Sex and Sacrament Project. In the resulting case, the child would stand tall as a man, built upon the highest human concept that anyone can stand on, which is universal Love expressed in love to the fullest extent. No other qualification would set the child apart, than the background in universal love in which he is born as a child of God indeed. Having grown up in this environment, the child Jesus would be intensely inspired to explore what it means to be the son of God. Searching the world for answers, the needed answers would invariably unfold. As such, he becomes an exemplar for the world of what every human being is, and is ultimately capable of for the healing of humanity. The story in this book, of a potential alternate history of Christ Jesus, was originally published as an eight-part video exploration. The text of the transcripts have been adapted for this book, and somewhat expanded to include advanced perceptions that came to light since the videos were produced. see: Civilization at http: //www.ice-age-ahead-iaa.ca.