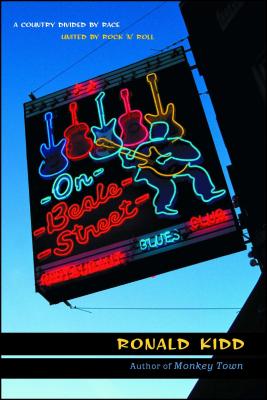 
Special Order—Subject to Availability
(This book cannot be returned.)
ROCK AND ROLL IS ABOUT TO CHANGE JOHNNY ROSS' LIFE.

Living in Memphis in 1954, Johnny's world is completely segregated -- until he starts sneaking out to Beale Street at night. Beale Street, with its music clubs, is on the wrong side of the tracks, but it's the only place Johnny can hear the blues, which is all he cares about. It's also near Sun Records, where Johnny finds himself working for Sam Phillips -- and witnessing history in the making when an up-and-coming musician named Elvis records his first song. Nobody has heard anything like it.

All at once Johnny is pulled into a storm of controversy around this new kind of music, just as racial tensions are reaching a breaking point. What started out as a part-time job and a way to get behind the scenes of a record label is now spinning out of control. As songs like Elvis's start rising up the charts, Johnny sees the power music has to bring people together -- while secrets from the past threaten to tear his black-and-white life apart.

In this searing, cinematic novel, acclaimed writer Ronald Kidd tells a coming-of-age story set against a backdrop of race conflict and the birth of rock and roll.
Ronald Kidd is the author of the highly acclaimed Monkey Town: The Summer of the Scopes Trial, as well as On Beale Street. His novels of adventure, comedy, and mystery have received the Children's Choice Award, an Edgar Award nomination, and honors from the American Library Association, the Library of Congress, and the New York Public Library. He is a two-time O'Neill playwright who lives in Nashville, Tennessee.