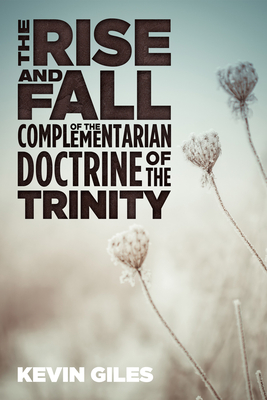 
Not On Our Shelves—Ships in 1-5 Days
Since the late 1970s complementarian theologians have been arguing that the divine three persons in the Trinity are ordered hierarchically, and that this is the ground for the hierarchical ordering of the sexes. Suddenly and unexpectedly in June 2016 a number of complementarian theologians of confessional Reformed convictions came out and said that to so construe the Trinity is heresy; it is a denial of what the creeds and confessions of the church rule is the teaching of Scripture. A civil war among complementarians followed and in a very short time those arguing for hierarchical ordering in the Trinity capitulated. This book tells the story.
Kevin Giles (ThD) is an Australian Anglican minister who was in parish ministry for over forty years. He is the author of, The Trinity and Subordinationism (2002); Jesus and the Father (2006), and, The Eternal Generation of the Son (2012).