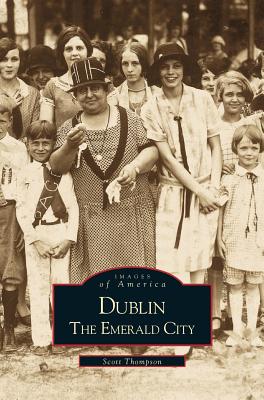 
Not On Our Shelves—Ships in 1-5 Days
(This book cannot be returned.)
At the dawn of the twentieth century, Dublin, Georgia, was transformed from a violent and lawless community into one of the state's fastest growing, most prosperous and cultivated cities. The coming of the railroad, the prohibition of liquor sales, and evolving industries all played a part in escorting
Dublin into this "Golden Era," a period of unparalleled expansion and exuberance. With over two hundred historic photographs, Dublin: The Emerald City takes the reader on a journey into Dublin's storied past, tracing the major events that gave Dublin its sense of community and restored pride in its residents following years of turmoil. Included are images of the town's early homes, businesses, churches, and schools, as well as local festivals, fairs, and sports teams. Although the town's Golden Era came to an untimely end with the invasion of the boll weevil, the influenza epidemic of 1918, and the devastation of lives lost during the First World War, Dublin is still a spirited community, growing and changing with the times while reflecting upon a colorful history.