No Love Is Not Dead (Hardcover) 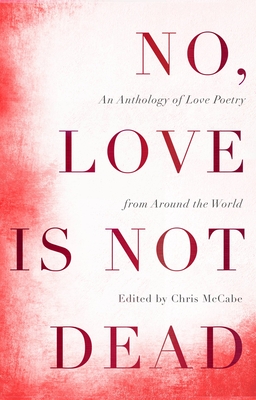 No Love Is Not Dead (Hardcover)

A powerful new anthology depicting how love over the past two-and-a-half millennia has found its expression in the words of the world's greatest poets.

No, Love Is Not Dead is a timely affirmation of the great linguistic diversity of poetry and its ability to express passionate love, this most extreme of human emotions. With influential, award-winning poets including Kim Hyesoon and Warsan Shire, and languages ranging from Amharic, Akkadian and Ancient Greek to Yankunytjatjara, Yiddish and Yoruba, this unique anthology engages the reader in reflective tales of 'Unlikely Love Stories' and 'Impossible Love',
'Love in a Time of Politics', surrealist love, visual love and free love, offering an intuitive insight into both historical and present-day perceptions of love across cultures.

Including over 50 poets, writing on each of the world's continents, this new anthology of poems about love features a diverse range of original poems written in a variety of languages - modern, ancient, endangered and constructed, accompanied by English translations and commentaries.

Languages included in the book: Akkadian; Amharic; Ancient Greek; Faroese; French; German; Hungarian; Italian; Japanese; Latvian; Maori; Persian; Polari; Portuguese; Russian; Sanskrit; Scots; Scottish Gaelic; Serbian; Somali; Spanish; Urdu; Welsh; Yoruba.
Chris McCabe is National Poetry Librarian at Southbank Centre's National Poetry Library, where he launched the Endangered Poetry Project in 2017, a major project to collect poetry written in the world's disappearing languages - the basis for his first anthology with Chambers,Poems from the Edge of Extinction (2019). Shortlisted for the Ted Hughes Award and the Republic of Consciousness Prize, his work has been described by The Guardian as 'an impressively inventive survey of English in the 21st Century'. His previously published work crosses artforms and genres including poetry, fiction, non-fiction, drama and visual art.