The American Scholar: With a Biography by William Peterfield Trent (Paperback) 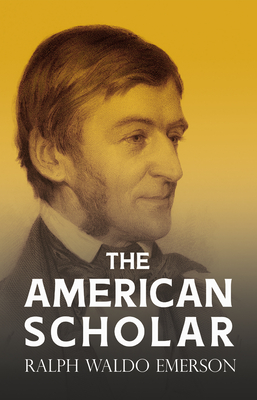 The American Scholar: With a Biography by William Peterfield Trent (Paperback)


Not On Our Shelves—Ships in 1-5 Days
(This book cannot be returned.)
Ralph Waldo Emerson (1803-1882), more commonly referred to as simply Waldo, was an American lecturer, essayist, poet, philosopher, and leader of the mid-1900s transcendentalist movement. Emerson wrote on a number of subjects and became a symbol of individualism, presenting his ideas through his many essays and over 1,500 lectures. On August 31, 1837 at the First Parish in Cambridge, Massachusetts, Emerson first gave his speech "The American Scholar" in front of the Phi Beta Kappa Society of Harvard College. Within it, he employs Transcendentalist and Romantic ideas in an attempt to explain an American scholar's relationship to nature. A fascinating speech that will appeal to those with an interest in the transcendentalist movement and philosophy in general. Other notable works by this author include: "Nature" (1836), "Poems" (1847), and "Nature, Addresses and Lectures" (1849). Read & Co. Great Essays is proudly republishing this classic lecture now in a new edition complete with an introductory biography of the author by William Peterfield Trent.