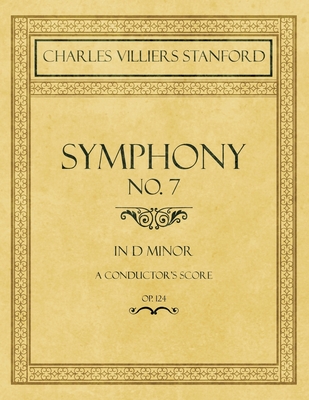 
Not On Our Shelves—Ships in 1-5 Days
(This book cannot be returned.)
First published in 1912, this book contains the original musical notation for Charles V. Stanford's "Symphony No.7, Op.12", a classical musical composition for orchestra. A wonderful example of Romantic music from the early 19th century, this piece will appeal to musicians and others with an interest in playing Stanford's marvellous compositions. Sir Charles Villiers Stanford (1852 - 1924) was an Irish composer, conductor, and teacher of music. He was educated at the University of Cambridge and continued his studies in Berlin and Leipzig. He was a very influential composer, responsible for making Cambridge University Musical Society an internationally-acclaimed organisation. Stanford was also a profuse composer, producing a large corpus of work in many genres; however, he is perhaps best remembered for his Anglican choral works for church performance. His music eventually became overshadowed by that of Edward Elgar and a number of his former pupils in the in the 20th century. "Ave Atque Vale" will appeal to classical music lovers and is not to be missed by collectors of related literature. Many vintage books such as this are becoming increasingly scarce and expensive. We are republishing this volume now in a modern, high-quality edition complete with a specially commissioned new introduction on the history of musical notation.