The Cinema of Pedro Almodóvar (Paperback) 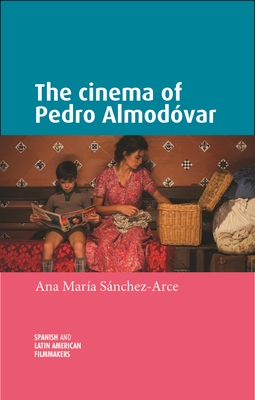 The Cinema of Pedro Almodóvar (Paperback)

The book argues that the political nature of Almod var's work has been obscured by his alignment with the allegedly apolitical Spanish cultural movement known as la movida, but is in fact a form of social critique disguised as frivolity. Almod var's films consistently engage with and challenge stereotypes about traditional and contemporary Spain, addressing the country's traumatic past and how it continues to inform the present. Focusing in particular on memory work, the book explains how Almod var uses poetic techniques to explore personal and collective trauma. He is not, as is commonly thought, a postmodern filmmaker, but a metamodern one who uses postmodernist techniques with an ethical purpose.

Drawing on scholarship in both English and Spanish, The cinema of Pedro Almod var will be of interest to students and scholars of film studies and Hispanic studies, as well as general cinema enthusiasts with a passion for the films of Spain's greatest living director.