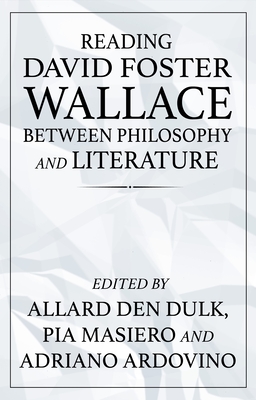 
Not On Our Shelves—Ships in 1-5 Days
This book breaks new ground by showing that the work of David Foster Wallace originates from and functions in the space between philosophy and literature. Philosophy is not a mere supplement to or decoration of his writing, nor does he use literature to illustrate pre-established philosophical truths. Rather, for Wallace, philosophy and literature are intertwined ways of experiencing and expressing the world that emerge from and amplify each other. The book does not advance a fixed or homogenous interpretation of Wallace's oeuvre but instead offers an investigative approach that allows for a variety of readings. The volume features fourteen new essays by prominent and promising Wallace scholars, divided into three parts: one on general aspects of Wallace's oeuvre - such as his aesthetics, form, and engagement with performance - and two parts with thematic focuses, namely 'Consciousness, Self, and Others' and 'Embodiment, Gender, and Sexuality'.
Allard den Dulk is Senior Lecturer of Philosophy, Literature and Film at Amsterdam University College and Research Fellow at the Faculty of Humanities of the VU University Amsterdam Pia Masiero is Associate Professor of American Literature at Ca' Foscari University of Venice Adriano Ardovino is Full Professor of Theoretical Philosophy at "G. d'Annunzio" University of Chieti-Pescara