The Last Daughter of York (Paperback) 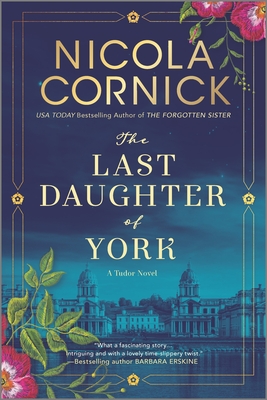 The Last Daughter of York (Paperback)


Not On Our Shelves—Ships in 1-5 Days
"An engaging, fast-paced read for fans of Philippa Gregory and of dual-timeline historical fiction." --Library Journal

In the winter of 1483, Francis Lovell is Richard III's Lord Chamberlain and confidant, but the threat of Henry Tudor's rebels has the king entrusting to Francis and his wife, Anne, his most crucial mission: protecting the young Richard of York, his brother's surviving son and a threat to Henry's claims to the throne.

Two years later, Richard III is dead, and Anne hides the young prince of York while Francis is hunted by agents of the new king, Henry VII. Running out of options to keep her husband and the boy safe, Anne uses the power of an ancient family relic to send them away, knowing that in doing so she will never see Francis again.

In the present day, Serena Warren has been haunted by her past ever since her twin sister, Caitlin, disappeared. But when Caitlin's bones are discovered interred in a church vault that hasn't been opened since the eighteenth century, the police are baffled. Piecing together local folklore that speaks of a magical relic with her own hazy memories of the day Caitlin vanished, Serena begins to uncover an impossible secret that her grandfather has kept hidden, one that connects her to Anne, Francis and the young Duke of York.

Inspired by the enduring mystery of the Princes in the Tower, Nicola Cornick cleverly interprets the events into a dazzling novel set between a present-day mystery and a country on the brink of Tudor rule.