The Pisces: A Novel (Hardcover) 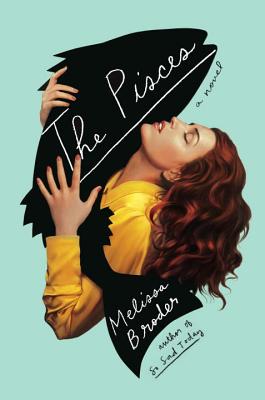 The Pisces: A Novel (Hardcover)

Lucy has been writing her dissertation on Sappho for nine years when she and her boyfriend break up in a dramatic flameout. After she bottoms out in Phoenix, her sister in Los Angeles insists Lucy dog-sit for the summer. Annika's home is a gorgeous glass cube on Venice Beach, but Lucy can find little relief from her anxiety — not in the Greek chorus of women in her love addiction therapy group, not in her frequent Tinder excursions, not even in Dominic the foxhound's easy affection.

Everything changes when Lucy becomes entranced by an eerily attractive swimmer while sitting alone on the beach rocks one night. But when Lucy learns the truth about his identity, their relationship, and Lucy’s understanding of what love should look like, take a very unexpected turn. A masterful blend of vivid realism and giddy fantasy, pairing hilarious frankness with pulse-racing eroticism, THE PISCES is a story about falling in obsessive love with a merman: a figure of Sirenic fantasy whose very existence pushes Lucy to question everything she thought she knew about love, lust, and meaning in the one life we have.
Melissa Broder is the author of the essay collection So Sad Today and four poetry collections, including Last Sext. Her poetry has appeared in POETRY, The Iowa Review, Tin House, Guernica, and she is the recipient of a Pushcart Prize. She writes the “So Sad Today” column at Vice, the astrology column for Lenny Letter, and the “Beauty and Death” column on Elle’s website. She lives in Los Angeles.
"In recounting one woman’s star-crossed relationship with a folkloric beau, Ms. Broder has crafted a modern-day mythology for women on the verge — if everything on the surface stops making sense, all you need to do is dive deeper.”—The New York Times

“A page turner of a novel…The Pisces is many things: a jaunt in a fabulous voice, a culture critique of Los Angeles, an explicit tour of all kinds of sex (both really good and really bad)…Broder’s voice has a funny, frank Amy Schumer feel to it, injected with moments of a Lydia Davis-type abstraction.”—The Washington Post

" 'The Pisces' convincingly romances the void."—Jia Tolentino, The New Yorker

“The dirtiest, most bizarre, most original works of fiction I’ve read in recent memory."—Vogue.com

"Funny and dark, vicious and tender, The Pisces is a sexy and moving portrait of a woman longing for connection and pleasure in our strange and alienating world. I can’t stop thinking about it."—Edan Lepucki, author of Woman No. 17

“The Pisces is an intellectual, enthralling voyage into one woman’s swirling mind as she brushes with the extraordinary.”—Refinery29

“Time for the easiest game of ‘if you loved this movie, read this book’ ever: If you loved ‘The Shape of Water,’…you should definitely read The Pisces by Melissa Broder, a book about fish sex…[The Pisces offers] an exploration of how deeply impacted we all are in the corrupted world, and how far we’d have to swim to escape it.”—Huffington Post

“Melissa Broder joins the mermaid craze, but she does so with a focus on how our fantasies can help us move past romantic codependency.”—Bitch

“The debut novel by poet and essayist Broder (So Sad Today) is an alternately ribald and poignant fantasy…Broder makes her merman a more complex and believable character than most romantic heroes; her novel is a consistently funny and enjoyable read.”—Publisher's Weekly

"It’s a knife-tip dissection of 21st-century anomie, and its clear-sighted depiction of muddy-headed people makes for bracing reading – like a dip in the freezing, salty sea."—The Guardian

“The Pisces is as hilarious as it is heartbreaking, with a keenly satirical eye towards our culture of therapy and recovery.  It also features a bunch of lady-and-fish sex, which is apparently having a moment.”—Vulture.com, "10 Books We Can't Wait to Read This Spring"

“In her first novel, essayist, poet, and Twitter-star Broder (So Sad Today, 2016; Last Sext, 2016) wraps timeless questions of existence —those that gods and stars have beseeched to answer for millennia—in the weirdest, sexiest, and most appealing of modern packaging.  Brilliant and delightful.”—Booklist, starred

"No one writes about love like Melissa Broder, who captures the feverish obsession with both the lover and the self in hilarious, mesmerizing detail. I scarfed The Pisces in handfuls, surprised and delighted by every inventive detail and compelled by the lucid insights and chillingly familiar compulsions of the narrator. This is a book for every smart person who has made very bad decisions, who thought love might save them from themselves, who has been hypnotized by pleasure and become willing to give up everything for just one more taste."—Melissa Febos, author of Whip Smart and Abandon Me

"A peerless combination of heartbreak and horniness, this novel's journey through the surreal throes of desire is a trip you'll want to take again and again. Broder's wit, vulnerability, and brilliance make me delirious with gratitude. What manic pleasures, perfectly rendered in a naked confessional voice, await you. It's impossible not to read (and revere) this book obsessively."—Alissa Nutting, author of Made for Love

"The Pisces has everything – devastating honesty about love, intimacy and loneliness, tonally perfect writing, propulsive plotting, laugh out loud hilarity, and genuinely hot sex with a merman."—Emily Gould, author of Friendship

“The Venice Beach of The Pisces is familiar at first, but it quickly transforms into a new place in which fantasy can become reality overnight. I love how Melissa Broder navigates the anticipation of lust, the consequences of love, the lure of self-destruction, and the indecision between what seems right and what seems crazy. This book is for anyone that’s wondered where their longing will take them next.”—Chelsea Hodson, author of Tonight I’m Someone Else

“This anticipated first novel from poet/essayist Broder is hilariously narrated…Those wo take the plunge will be rewarded with a wild ride from a narrator whose sardonic outlook reveals profound truths about the nature of the self.”—Library Journal

“The sex scenes are often funny (“his balls were delicious, like raw oysters”), but Broder balances the weirdness of merman erotica with a realistic look at depression and recovery.  The Pisces is perfect for anyone who wishes The Shape of Water as more explicit, but is also great for those looking for a novel that gets real about mental health, with a little fantasy thrown in.”—Bust Magazine

“Starting with Sappho and ripping through the Los Angeles lovelorn, this exquisite story of romantic obsession deftly blends existential terror with sexy surrealism for a one-sitting absolute thrall. This book has my number so hard, I’m waiting for its midnight texts."—Amelia Gray, author of Isadora

"The characters in The Pisces are so finely drawn and palpably real. These are some of the most real, relatable merman sex scenes I have ever read in any book."—Megan Amram, TV Writer and author of Science...For Her!

"By turns fearless and perverted, full of desolation and of hope, The Pisces is a novel that delves head on into the many dark, absurd facets of human connection and coping in search of meaning and comes back bearing fantastic flashes of a twisted rom-com surreality only Melissa Broder's gemstone-studded brain could conjure up."—Blake Butler, author of There Is No Year