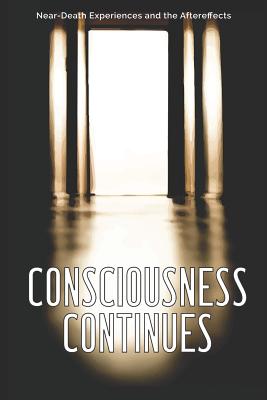 
Not On Our Shelves—Ships in 1-5 Days
(This book cannot be returned.)
In this companion book to the docuseries of the same name fifteen Near-Death Survivors describe their experience from before they had the NDE to many years afterward. A magical, mystical, thin veil of perception separates this world from the other side, and most people reach a point in their lives when they wonder, what happens when we die? Consciousness Continues seeks answers to this mystery through first-hand accounts from people who have died, been resuscitated, and returned with vivid memories of the other side. Consciousness Continues addresses more than a morbid curiosity among readers; it also presents the hardships that frequently arise in the wake of an NDE. The survivor is often confronted with skeptical family and friends in a society that dismisses the supernatural or humors it only in the contexts of religion or entertainment. As a result, NDE survivors often experience depression, difficulty adjusting back to life in the here and now, thoughts of suicide, and the metaphysical challenges of straddling a fence between two worlds. In most cases, survivors keep their NDE a secret for fear of being ostracized...until the day they can no longer remain silent. Throughout the book, Dr. P.M.H. Atwater, a pioneering researcher on the subject of Near-Death Experience and survivor herself, explicates elements of the survivors' stories, sharing knowledge and insight gained through her extensive study of NDE.