The Last Defender of Camelot (Hardcover) 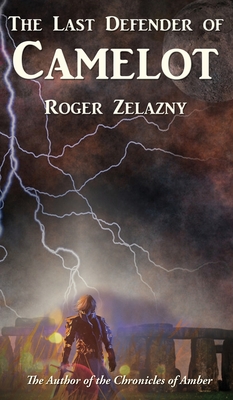 The Last Defender of Camelot (Hardcover)

After the fall of the Table Round, Launcelot DuLac fled England a broken man awaiting death. But death never came for him; instead, cursed, he has continued his search for the Holy Grail down through the ages, seeking a redemption that he fears he will never find. A chance meeting with Morgan Le Fay makes him question his curse and his destiny, for Merlin is about to awake and Launcelot will be called on one last time to defend the ideals of King Arthur and the Table Round, because he is the last defender of Camelot.

by the author of the Chronicles of Amber

Roger Zelazny was a science fiction and fantasy writer, a six time Hugo Award winner, and a three time Nebula Award Winner. He published more than forty novels in his lifetime. His first novel This Immortal, serialized in The Magazine of Fantasy and Science Fiction under the title ...And Call Me Conrad, won the Hugo Award for best novel. Lord of Light, his third novel, also won the Hugo award and was nominated for the Nebula award. He died at age 58 from colon cancer. Zelazny was posthumously inducted into the Science Fiction Hall of Fame in 2010.