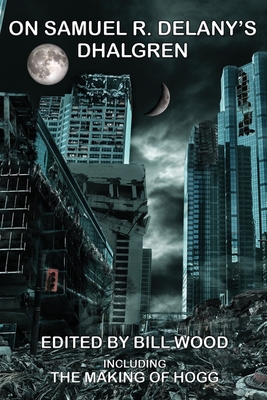 Samuel R. Delany is the winner of two Hugos and four Nebula Awards. He has been honored with lifetime achievement awards, including SFWA's Grand Master, the Eaton Award, the Lambda Pilgrim Award, and the Gaylactic Spectrum Award, and was inducted into the Science Fiction Hall of Fame. Dhalgren, his most popular and most controversial novel, was first published in 1975. It was nominated for the Nebula Award, remains in print to this day, and has sold close to two one million copies in a variety of editions.

In this book are collected reviews, critical essays, and in-depth analyses of Dhalgren as a novel, and as commentary on life and the world. There are also discussions of how to read the novel, and clues to unraveling some of the mysteries hidden therein. Contributors include Douglas Barbour, Mary Kay Bray, Rudi Dornemann, Harlan Ellison, Robert Elliot Fox, Jean Marc Gawron, Kenneth R. James, Gerald Jonas, John Nizalowski, Steven Paley, Darrell Schweitzer, Steven Shaviro, K. Leslie Steiner, Theodore Sturgeon, and, of course, Samuel R. Delany himself.

The relationship between Hogg and Dhalgren deserves more scholarly attention than it has so far received; the two novels benefit from being read together. -Matthew Cheney, Modernist Crisis and the Pedagogy of Form

Samuel R. Delany's influential and divisive 1975 novel Dhalgren gets a full critical treatment in this immersive and comprehensive collection.... Fans of Delaney's classic will want to snap this up. -Publishers Weekly