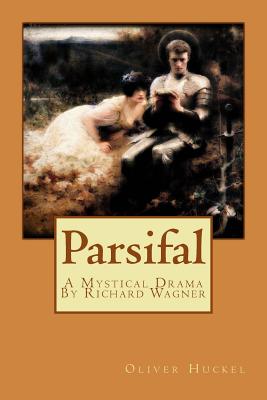 
Not On Our Shelves—Ships in 1-5 Days
(This book cannot be returned.)
The Parsifal of Richard Wagner was not only the last and loftiest work of his genius, but it is also one of the few great dramas of modern times, -a drama which unfolds striking and impressive spiritual teachings. Indeed, Parsifal may be called Richard Wagner's great confession of faith. He takes the legend of the Holy Grail, and uses it to portray wonderfully and thrillingly the Christian truths of the beauty, the glory, and the inspiring power of the Lord's Supper, and the infinite meaning of the redeeming love of the Cross. He reveals in this drama by poetry and music, and with a marvellous breadth and depth of spiritual conception, this theme (in his own words): "The founder of the Christian religion was not wise: He was divine. To believe in Him is to imitate Him and to seek union with Him.... In consequence of His atoning death, everything which lives and breathes may know itself redeemed.... Only love rooted in sympathy and expressed in action to the point of a complete destruction of self-will, is Christian love." (Wagner's Letters, 1880, pages 270, 365, 339.