Finding Elen: The Quest for Elen of the Ways (Paperback) 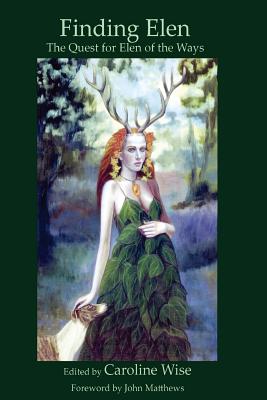 Finding Elen: The Quest for Elen of the Ways (Paperback)


Not On Our Shelves—Ships in 1-5 Days
(This book cannot be returned.)
This is a remarkable quest for the elusive deer goddess led by Caroline Wise with contributions from Caitlin Matthews, Andrew Collins and others. With its rich harvest of words and ideas, it brings the figure of Elen into focus more than ever before. And what a dazzling figure she is; part goddess, part dream, part saint, a green lady and a water nymph, primordial mother and patroness of deer, and guardian of the Old Straight Tracks and solar alignments. Her name is remembered even in healing plants. If this book does nothing more (and it will surely do much more) it will encourage people to dig deeper into the loam of tradition to follow the footsteps of the divine Elen of the Ways. Elen is as real as the roads named after her, as solid as the ancient paths that carry her presence and story across vast tracts of Britain and the European continent and beyond. What an intriguing and exhilarating journey it is.