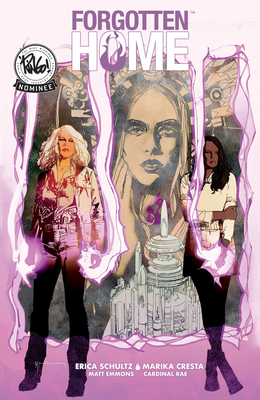 
In Stock—Click for Locations
While investigating a series of child abductions in Montana, the case gets personal for Sheriff's Deputy Lorraine Adalet when her teenage daughter, Joanna, disappears with a friend.

Following the clues of otherworldly evidence leads Lorraine back to her long abandoned homeworld of Jannada. Mired in a never-ending war she escaped long ago, Lorraine had hoped to protect Joanna from her own past. Once in Jannada, she attempts a rescue mission to bring Joanna and the rest of the kidnapped children back to Earth; however, it's not without resistance. Lorraine must confront her past with the evil Jannadan Queen and everyone else she abandoned all those years ago…not to mention an entire army of magic-wielding children! Meanwhile, Joanna's allegiance hangs in the balance in this tale of family and fate.

Collects Forgotten Home from the ComiXology original digital series, in print for the first time!

In 2016, she was chosen by DC Comics to participate in the pilot program of their Talent Development Workshop, collaborating with artist Sonny Liew on a well-received HAWKGIRL story.