Magister: The Phenomenon of Mission and Camaraderie Rogers-Freire for Social Justice.: The Story of the 5-Year Long Magister Ins (Hardcover) 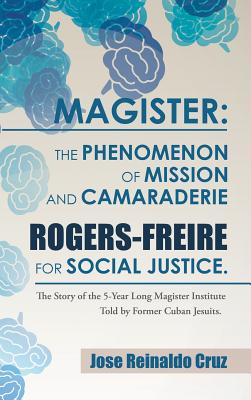 Magister: The Phenomenon of Mission and Camaraderie Rogers-Freire for Social Justice.: The Story of the 5-Year Long Magister Ins (Hardcover)


Not On Our Shelves—Ships in 1-5 Days
(This book cannot be returned.)
This study is founded on the qualitative tradition of inquiry. A special effort of comparing and sharing the opinions of the founding members, a true process of triangulation and member checking, functioned as a guarantee of the rigor and trustworthiness of the study (Moustakas 1994). The researcher was nondirective and permissive in the dialogues and interviews. The set of characteristics described in the section "A New Rogers-Freire-Goleman Paradigm" attributed to the Magister Institute's leadership style were substantiated by the research participants in their interviews and postinterviews conversations and dialogues with the researcher. It was, also, their unanimous perception that this was a "group or team of equals" or a "consensus management group." These two expressions seemed to convey in their minds that MI group reached the highest level of person-centeredness and attained an ideal form of personal and group consensus management. The method employed has shown its usefulness to study action groups in short periods. Time and cost are two factors recommending this method. The highlighted imbedded sense of mission of the founding members made their unity and common vision a viable faith-based unconventional option.