Base Ecumenism: A Latin-American Contribution to Ecumenical Praxis and Theology (Paperback) 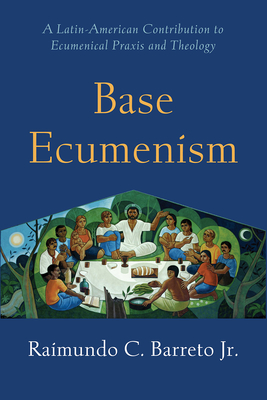 Base Ecumenism: A Latin-American Contribution to Ecumenical Praxis and Theology (Paperback)

Base ecumenism is an important idea which, although having originated in Latin America, has important ramifications for the broader ecumenical movement. This book deals with ecumenical initiatives that emerge from the people--from the bases--in conversation with interchurch ecumenical work.?It examines, for instance, how Protestants have appropriated lessons from Catholic Christian Base Communities, reinterpreting them in their own terms, and how CEBI, an ecumenical biblical studies center in Brazil, now assists Catholic and Protestant communities as they read the Bible from their social locations, a method they have exported to different parts of the world.

Revisiting grassroots ecumenical developments in Latin America, such as the church and society movement (1950s) and the Base Christian Communities movement (1970s), this book expands the concept of base ecumenism by engaging independent and Pentecostal communities in a religiously pluralistic Latin America. Furthermore, it compares base ecumenism with similar ecumenical initiatives in the history of the modern ecumenical movement, arguing that base ecumenism contributes fresh and renewing insights to this era of world Christianity. Paying special attention to the popular reading of the Bible movement, this book highlights the agency of women, racially minoritized groups, and youth.