The Beautiful Soul: Aesthetic Morality in the Eighteenth Century (Paperback) 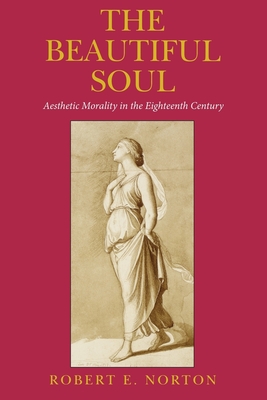 The Beautiful Soul: Aesthetic Morality in the Eighteenth Century (Paperback)

For many eighteenth-century European philosophers and writers, the beautiful soul was a symbol of enlightened humanity, carrying with it the possibility that aesthetic beauty and moral goodness would be fused in a new, indivisible unity. In the first book in English on the subject, Robert E. Norton follows the fortunes of this cultural icon, exploring the reasons for both its initial popularity and its subsequent decline as a cultural ideal during the Enlightenment.

Tracing the emergence of the notion of moral beauty as it first appears in the late seventeenth and early eighteenth centuries, Norton maintains that the attempt to combine the good and the beautiful was a response to the rise of secular authority. He draws on English, French, and German sources to show how writers in various intellectual traditions united philosophical, theological, and cultural themes in their elaboration of the beautiful soul. In Norton's view, this articulation of the beautiful soul was so persuasive that, by the second half of the eighteenth century, some version of moral beauty was introduced in nearly every discussion of morality. While writers such as Wieland, Rousseau, and Goethe employed the beautiful soul as a moral and aesthetic ideal in fiction, thinkers such as Kant explored it in philosophical works. Norton ends by demonstrating how the figure of the beautiful soul achieved its foremost expression in Schiller's writings and was definitively rejected in Hegel's Phenomenology.