The Pragmatic Ideal: Mary Field Parton and the Pursuit of a Progressive Society (Hardcover) 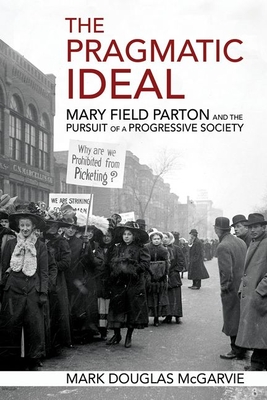 The Pragmatic Ideal: Mary Field Parton and the Pursuit of a Progressive Society (Hardcover)

Following the life of a charismatic woman committed to reform, The Pragmatic Ideal provides an introduction to the politics that dominated the early decades of the twentieth century, ideas that are the basis for much of today's progressive thought. As one of the "new women" who came of age during the Progressive era, Mary Field Parton, a close friend of Clarence Darrow, pursued social justice as a settlement house worker and as a leading writer on labor organizing, transforming pragmatic principles into action.

Mark Douglas McGarvie shows how, following the upheavals of the late nineteenth and early twentieth centuries, liberals such as Mary Field Parton turned to pragmatism, hoping to generate greater social awareness from constructions of values rooted in personal experiences instead of philosophical or religious truths.

The Pragmatic Ideal reveals how Mary Field Parton sought to expand her rights as a woman while nonetheless denigrating rights as artificial legal impediments to social progress. The issues she faced and the options she considered find important currency in the political divisions confronting Americans a century later.

Mark Douglas McGarvie holds a JD and PhD in history. He is a Visiting Scholar at the American Bar Foundation. He is the author of One Nation under Law and Law and Religion in American History.