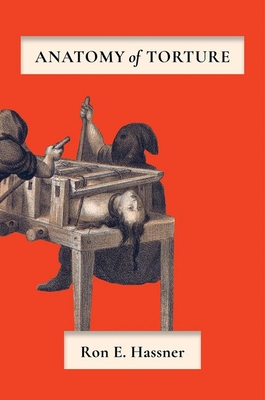 Does torture work? Can controversial techniques such as waterboarding extract crucial and reliable intelligence? Since 9/11, this question has been angrily debated in the halls of power and the court of public opinion. In Anatomy of Torture, Ron E. Hassner mines the archives of the Spanish Inquisition to propose an answer that will frustrate and infuriate both sides of the divide.

The Inquisition's scribes recorded every torment, every scream, and every confession in the torture chamber. Their transcripts reveal that Inquisitors used torture deliberately and meticulously, unlike the rash, improvised methods used by the United States after 9/11. In their relentless pursuit of underground Jewish communities in Spain and Mexico, the Inquisition tortured in cold blood. But they treated any information extracted with caution: torture was used to test information provided through other means, not to uncover startling new evidence.

Hassner's findings in Anatomy of Torture have important implications for ongoing torture debates. Rather than insist that torture is ineffective, torture critics should focus their attention on the morality of torture. If torture is evil, its efficacy is irrelevant. At the same time, torture defenders cannot advocate for torture as a counterterrorist quick fix: torture has never located, nor will ever locate, the hypothetical ticking bomb that is frequently invoked to justify brutality in the name of security.

Ron E. Hassner is Chancellor's Professor of Political Science and Helen Diller Family Chair in Israel Studies at the University of California, Berkeley. His books include War on Sacred Grounds, Religion in the Military Worldwide, and Religion on the Battlefield.